Recently I had the fortune of obtaining this this old video game system. It came with the NEC pack (PAC-N1) to play PC-Engine games and the SEGA pack (PAC-S1) for Sega CD and Mega Drive games. 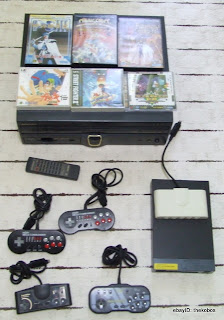 When testing it out, I found that it doesn't work perfectly. The CD and laserdisc trays opened and closed but the discs would never spin around and so they weren't able to be read by the machine. Since they wouldn't play I opened up the machine to see if there was anything obviously wrong with it. 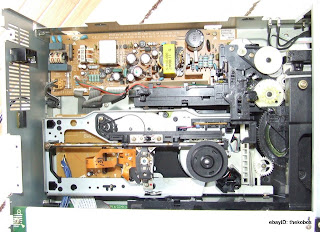 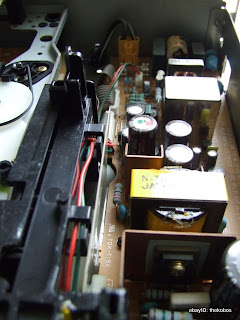 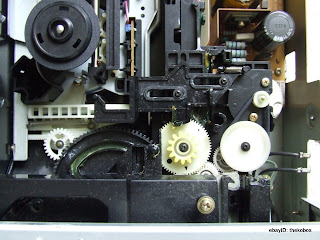 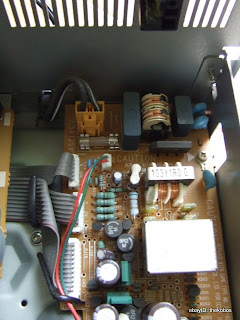 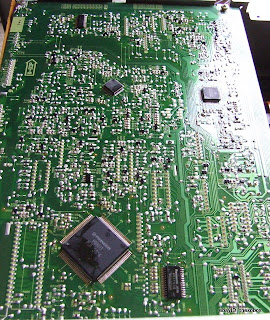 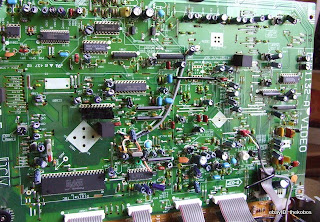 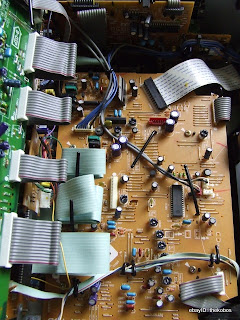 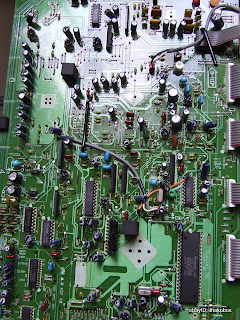 Well opening it didn't reveal anything, so I put the cover back on and tested out the other components. The PC-Engine NEC Pack worked fine and I was able to play Street Fighter 2. With the package came a little adapter which allows for 5 controllers to be hooked up to the NEC pack at the same time. 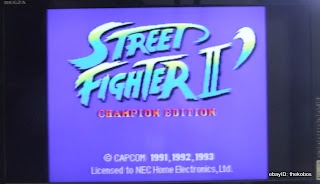 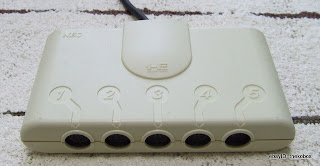 Four controllers of three different varieties came with the set. The bottom two would plug into the Sega pack and the top two into the PC Engine pack. 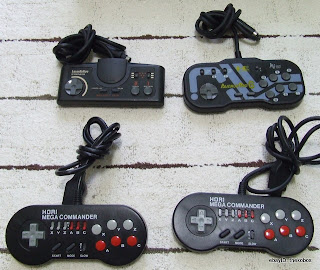 The last thing to check was the Sega pack (PAC-S1). I inserted the pack into the system and when I turned it on, I would only get some green lines on the screen. I thought it was dead but then a very nice ebayer with the ID of maestroaxeman contacted me and told me something very important. It turns out that the games have to be inserted upside down! After I tried that tip, the games worked perfectly!
Posted by Good Squid Discs at 10:30 PM